Behind The Scenes: Cuban Street Illustration 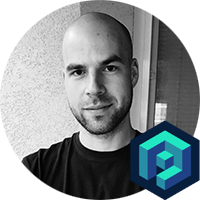 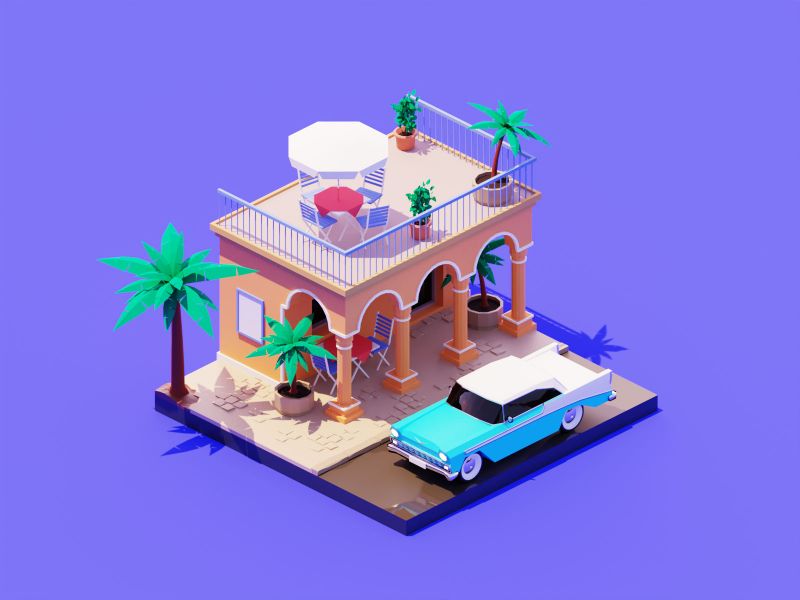 After the London, New York and Rome, this is the fourth in the places series. I'm trying to avoid any kind of landmarks, I want to achieve the atmosphere of the city purely with building design choices, props and cars. For Cuba, it was kind of a no-brainer, since I knew I will include some of the iconic 50's pre-embargo cars.

I also throught through the lighting options, because it was clear that colors will play a strong role. I emphasized it with more flat lighting with high roughness values on materials to get more poster color feeling. To do this, I had to suppress the low poly flat shading, so I went for a smooth shading with auto smooth on some models, like the car, it's chrome parts (to get nice reflections), plant leaves, and the umbrellas for example. 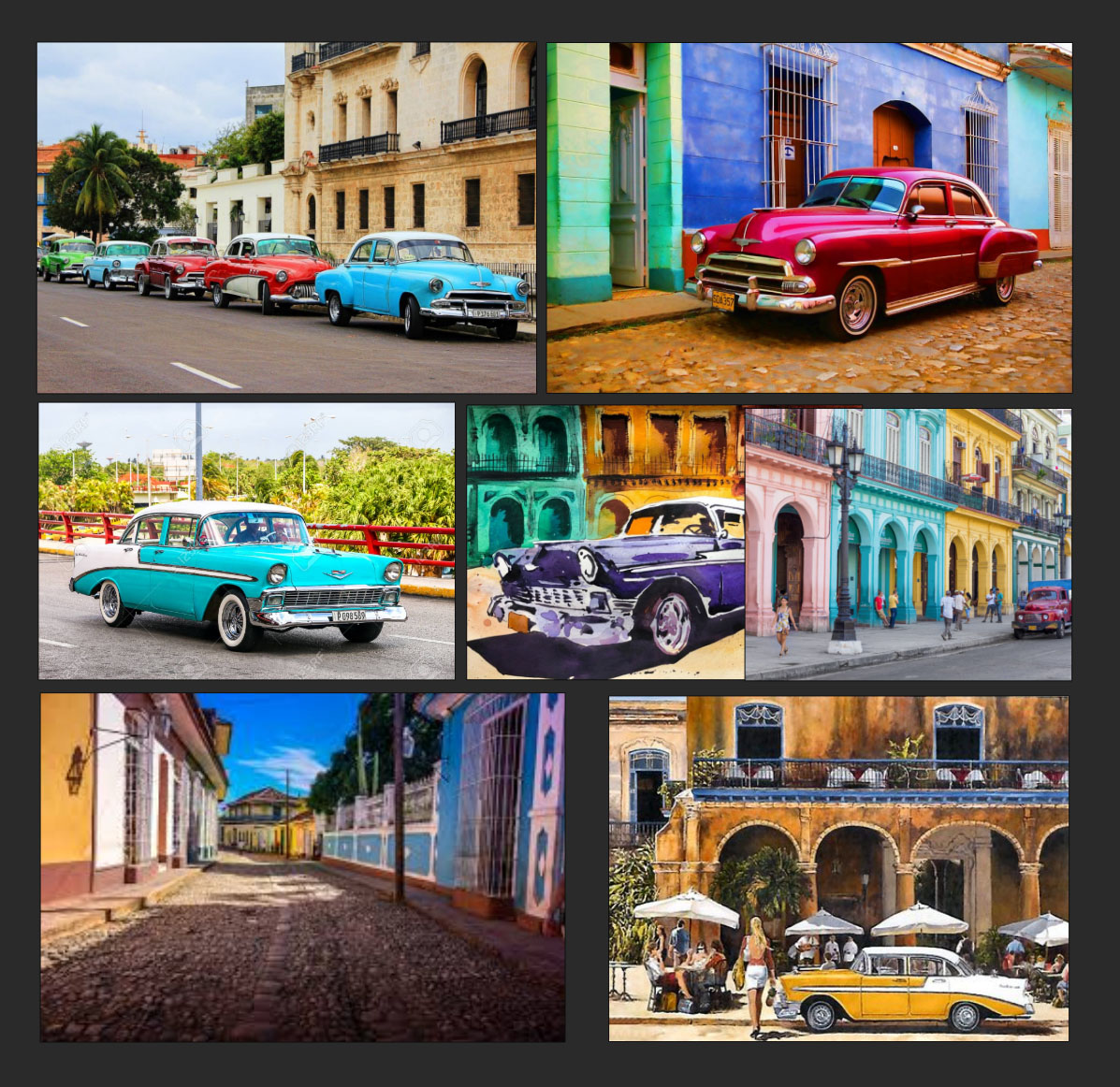 I collected some references on my PureRef board, mostly looking for iconinc cars. It turned out, that one of the most popular is the Chevy Bel Air. And I really loved it's two color paint job and lots of chrome. At first I really gravitated towards the multi colored buildings, but I had a hunch, that it would become a color mess. Then I found the amazing image on the bottom right. It was more conservative color-wise, but still had the saturated car paint, and classic architecture with white umbrellas. This was the ultimate look and feel image for me. I also saved the street image to remind myself I want to do tiles on the sidewalk. And palm trees, let's not forget those :) 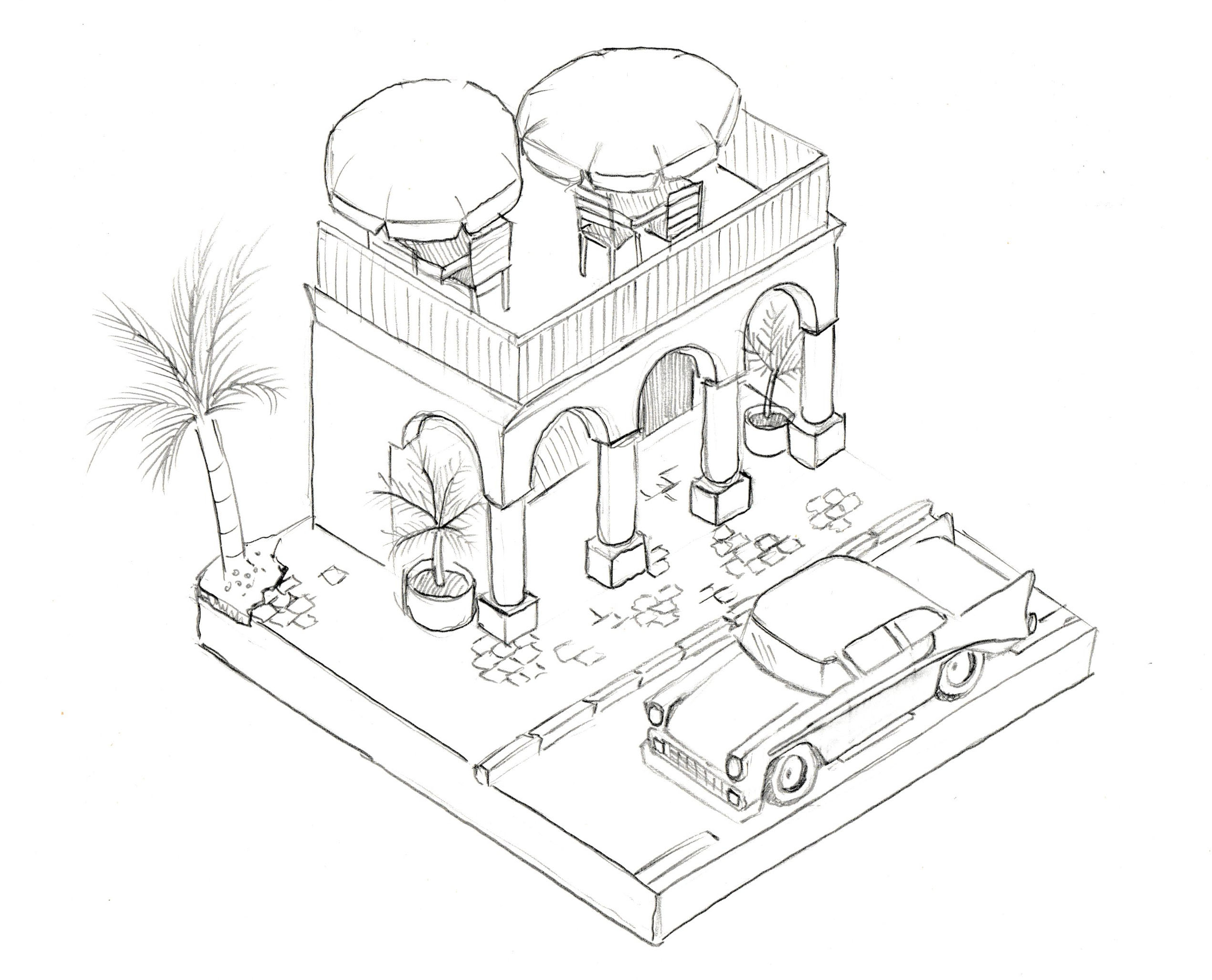 After that, it was time to roughly put Bel Air and the rest of the architecture in place to get some nice composition. I've decided to do the terrace over the whole building without walls and windows on the second floor, due to some limitations of the isometric diorama composition. It came out pretty nice, so it was time to fire up Blender :)

Now let's peek at some of the modeling and shading choices I made. 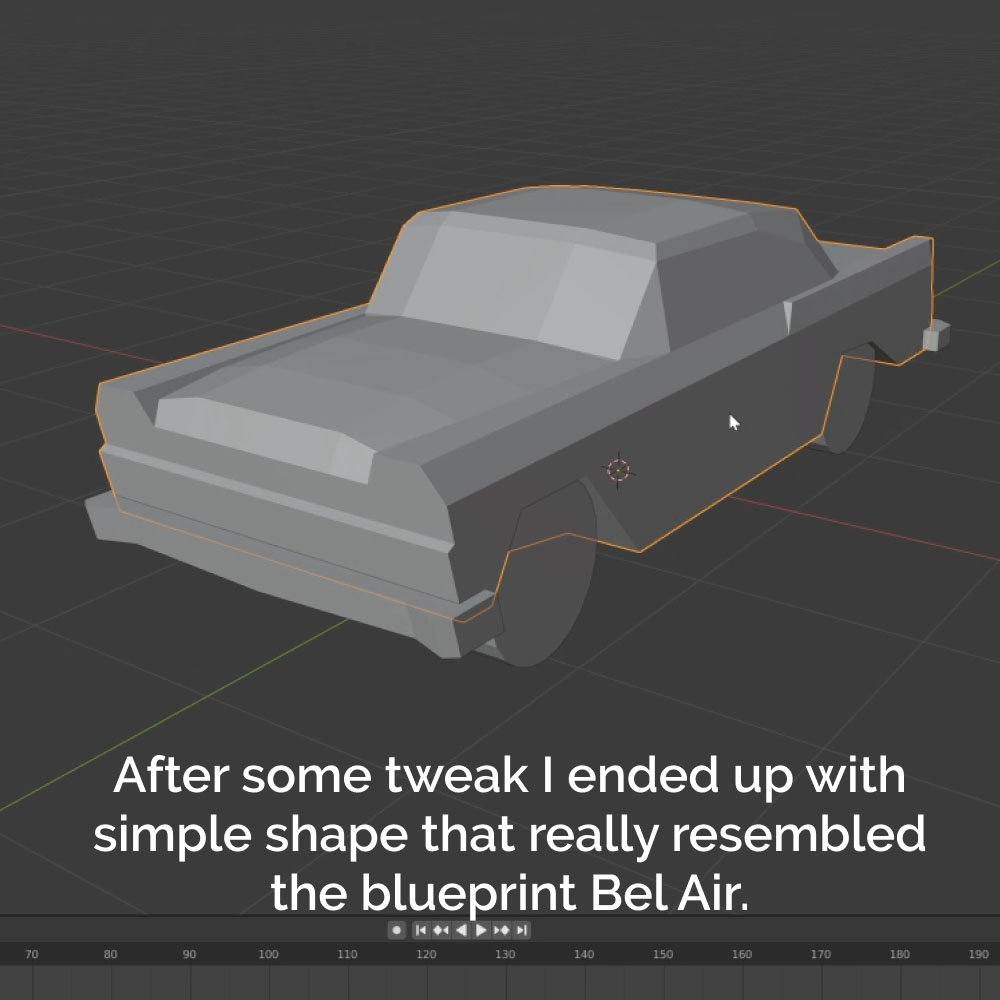 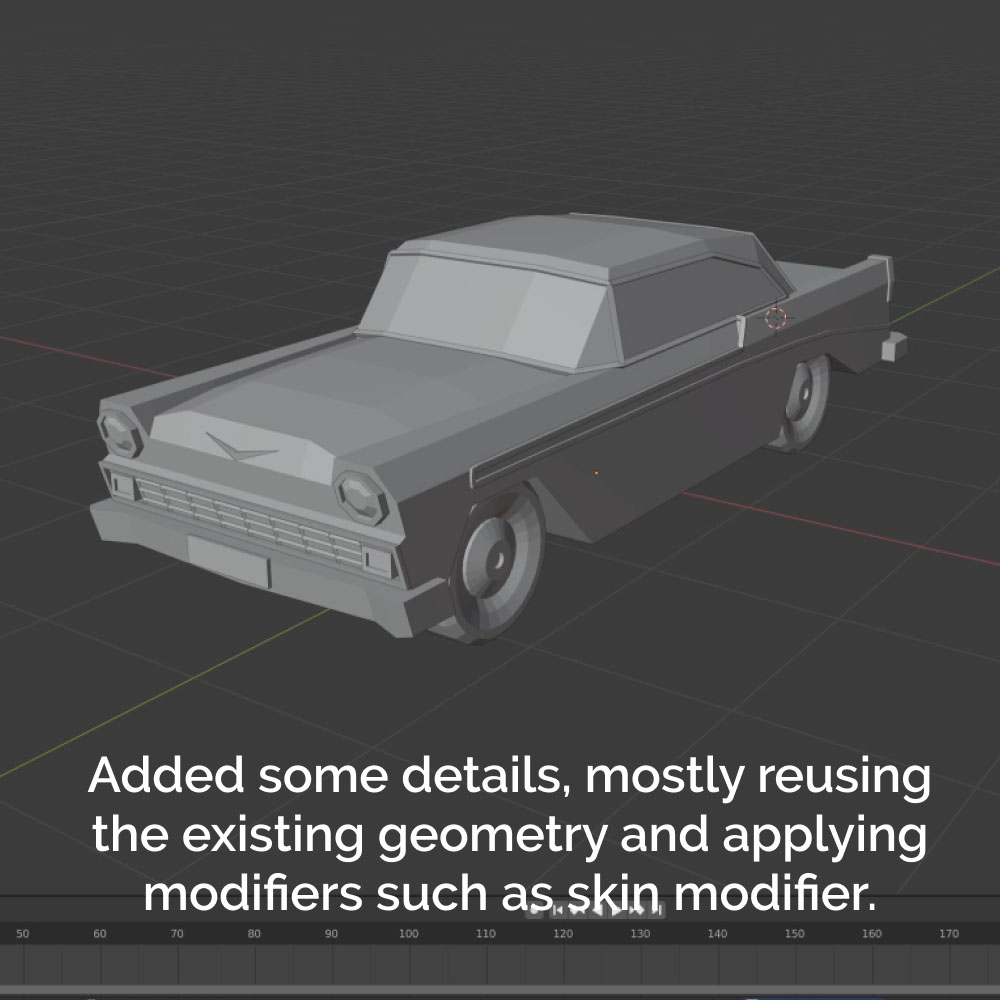 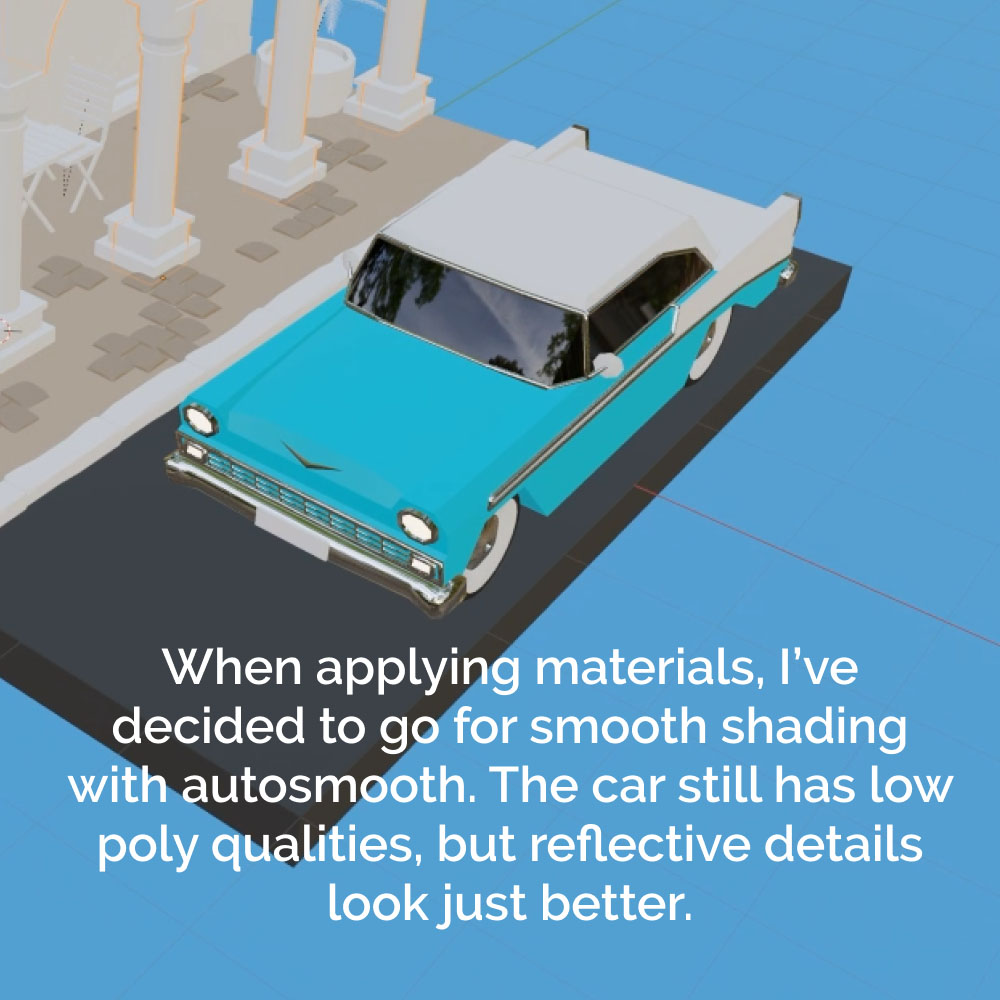 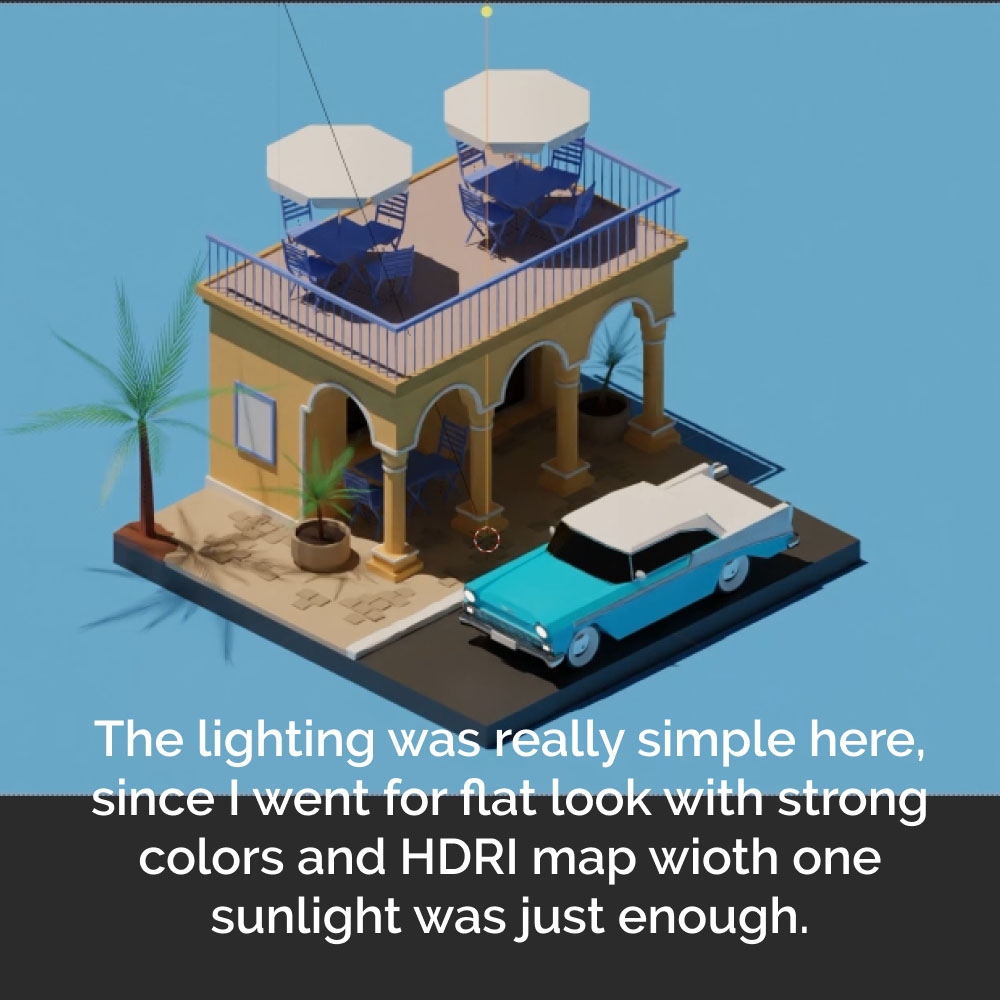 So, this was the Cuban scene for you, I hope you enjoyed it and it can help you with your next work.